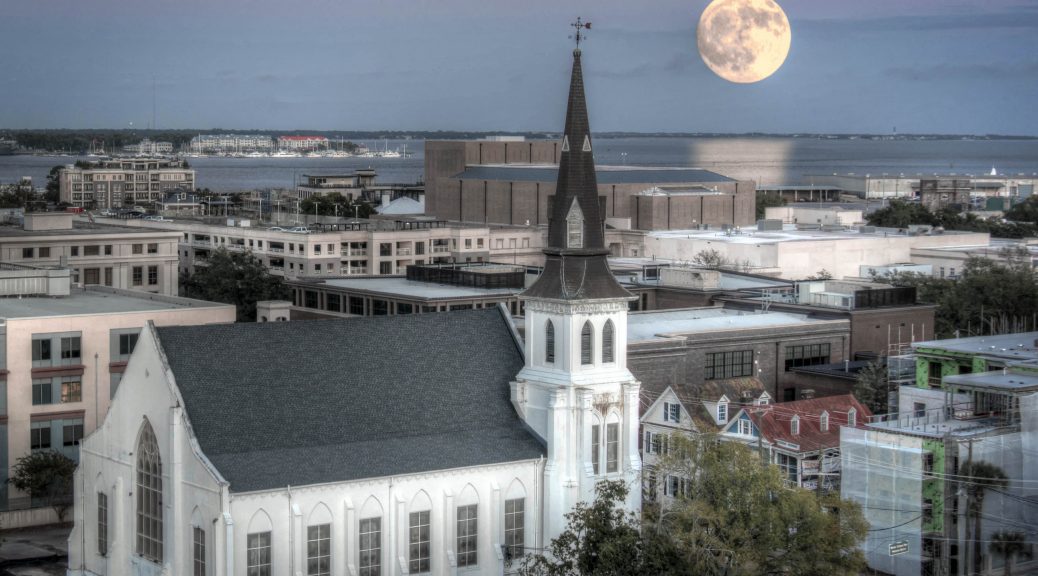 Photoshop to enlarge the Moon and create its glare on the water. In the forground is the Emanuel African Methodist Episcopal Church. 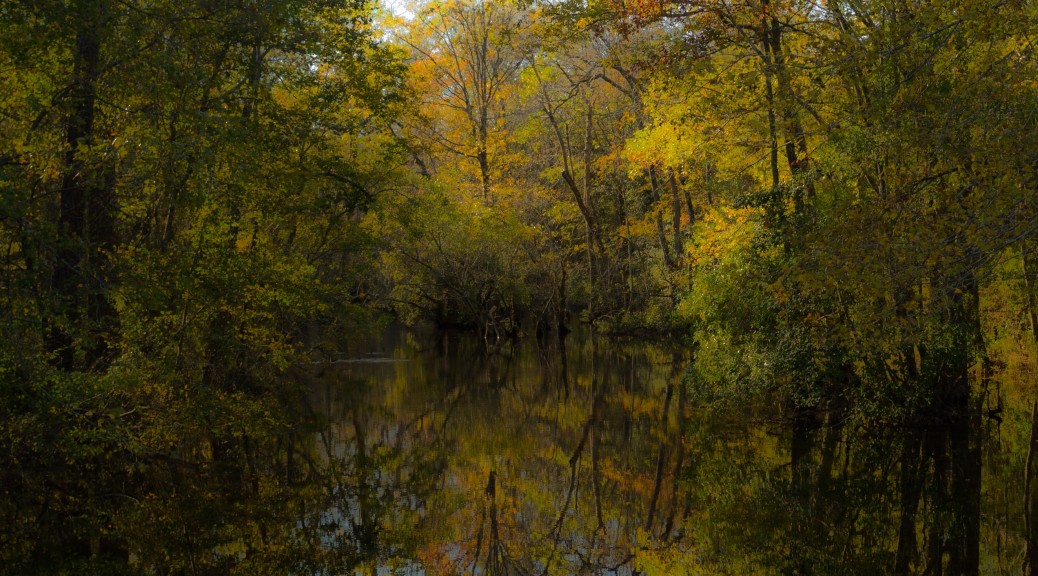 It’s the nicest part of my drive to Four Oaks, where my brother and sister-in-law now live. I stopped and walked onto the bridge to capture this image using my X100 camera and then spoofed it up with Snapseed on my iPad. 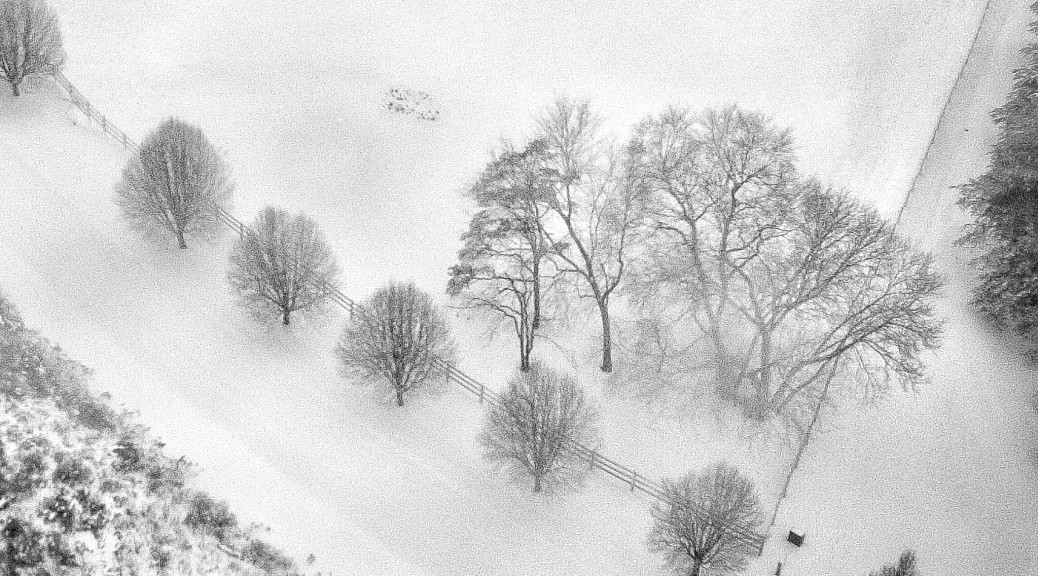 I really like this one. I had to wait until the snow stopped to fly my drone up to take a look. This is our neighbor’s horse pasture. I don’t recall how I did it, but one of this photo’s pluses is the graininess that give it more of a sense of bleakness. 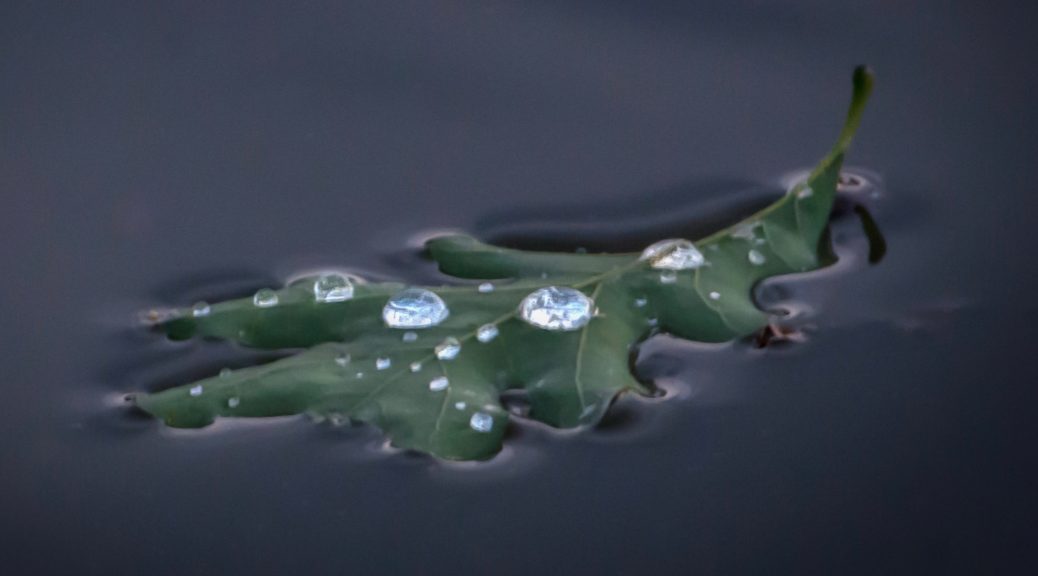 This is one of my favorite photos, capturing those moments before a leaf gets wet enough to act like a wet one. 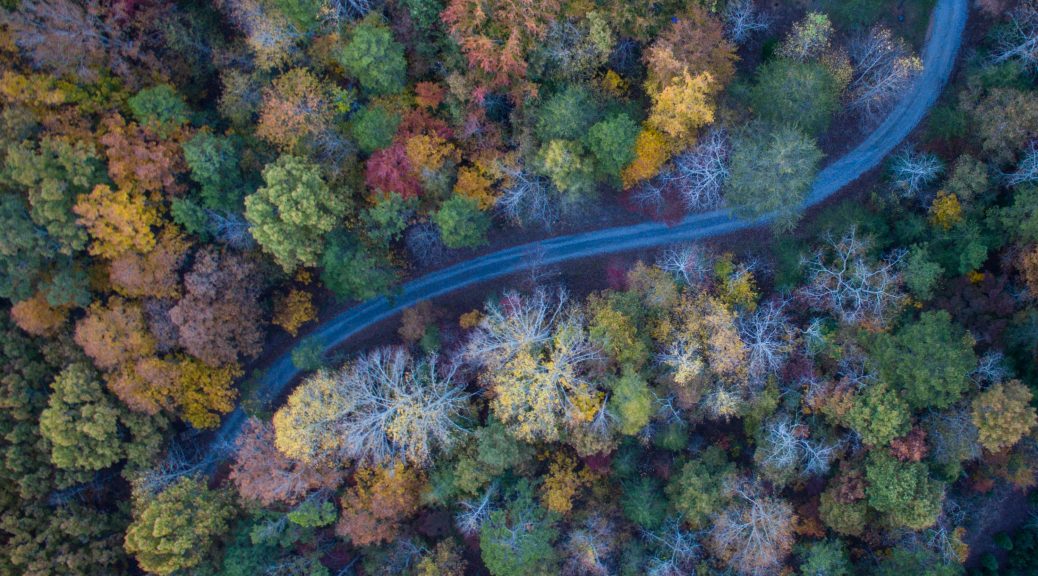 Leaves are finally starting to turn in Cleveland County. I included a print of this image as part of an art exhibit at the Cleveland County Arts Council in Shelby. The exhibit featured aerial photography. 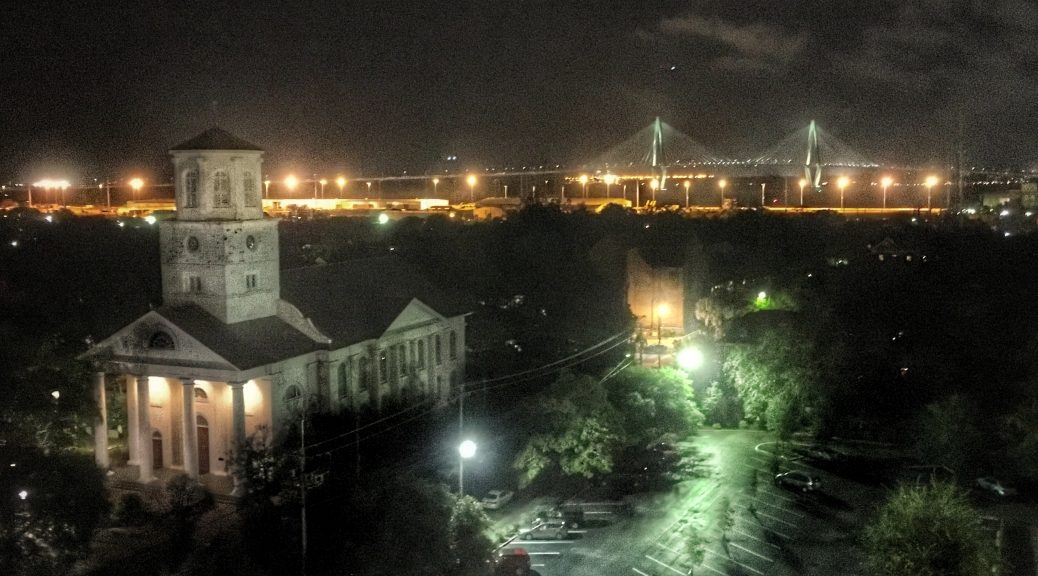 Of course, this photo came out almost completely dark. But with Lightroom, I was able to tweak out enough feature and then HDR the image so that there is some Charleston there. I’m especially fond of this photo. 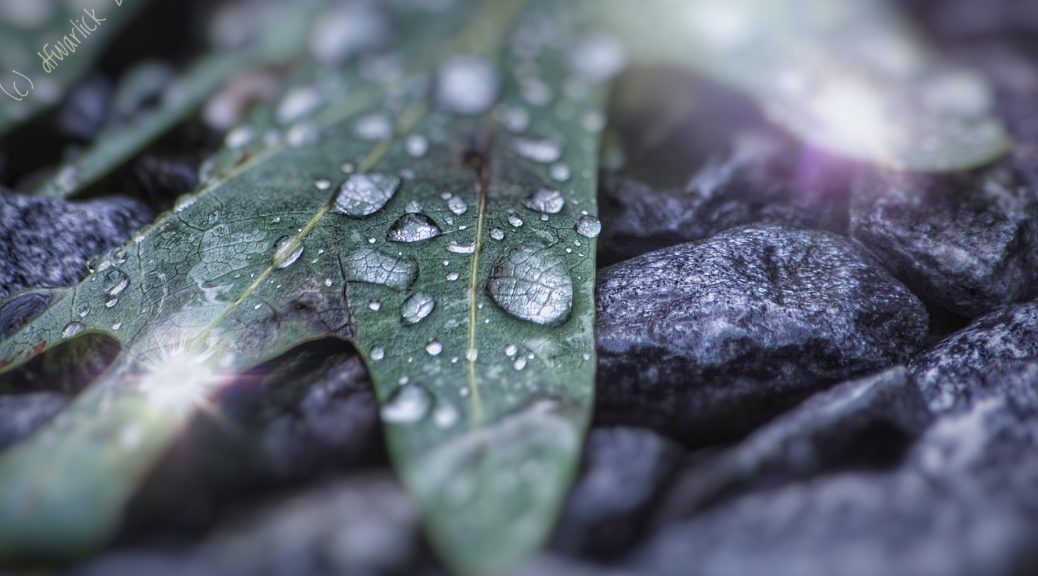 Photography is all about light and what our world does to it. Water has an especially dramatic effect on light. Here, a bubble, formed by some behavior of physics that I cannot remember right now. This photo was probably post processed with Photomatix Pro, HDR’ing it for color and texture. 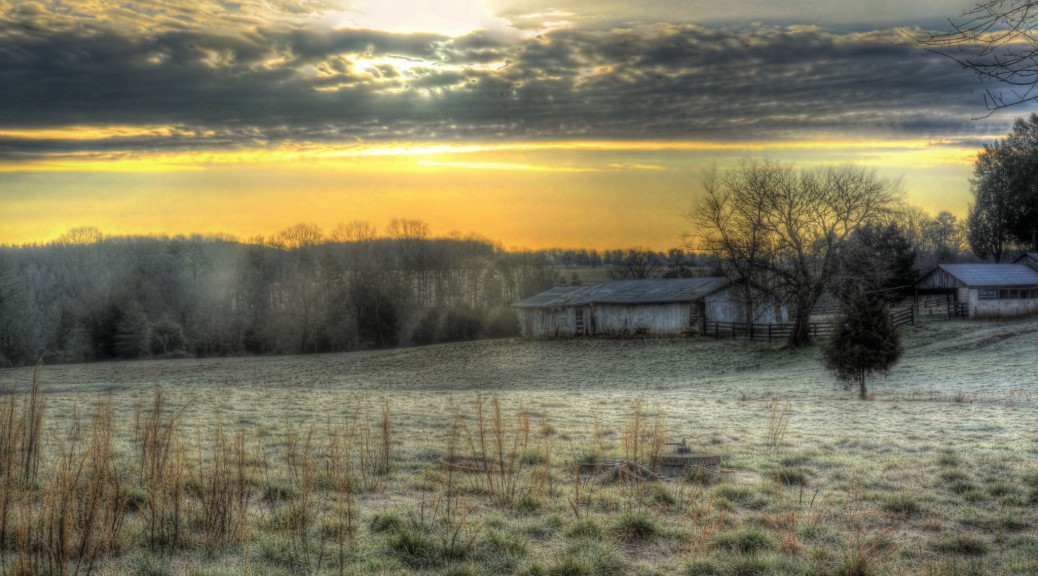 I spent an hour taking photos across a pasture near here as the sun was rising. On my way back to the house, I spotted this scene, turned my truck around, and grabbed three exposures of it. The photo is post processed with Photomatix Pro (HDR) and some touch ups with Adobe Lightroom. I am especially pleased with this photo. 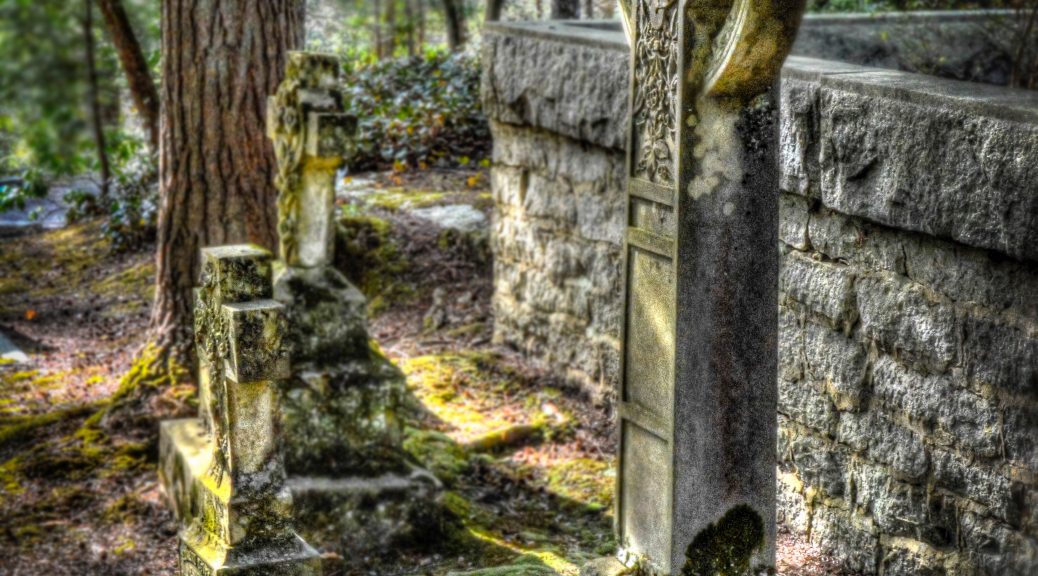 St. John in-the-Wilderness in Flat Rock, North Carolina was the first Episcopal Church in Western North Carolina. It was consecrated on August 28, 1836. Charles and Susan Baring, who considered Charleston, South Carolina too hot in the summer, were among the first settlers of Flat Rock in the 1820s. Other people moved from Charleston to Flat Rock, which Bishop Ives called a “new but interesting settlement” in 1837. 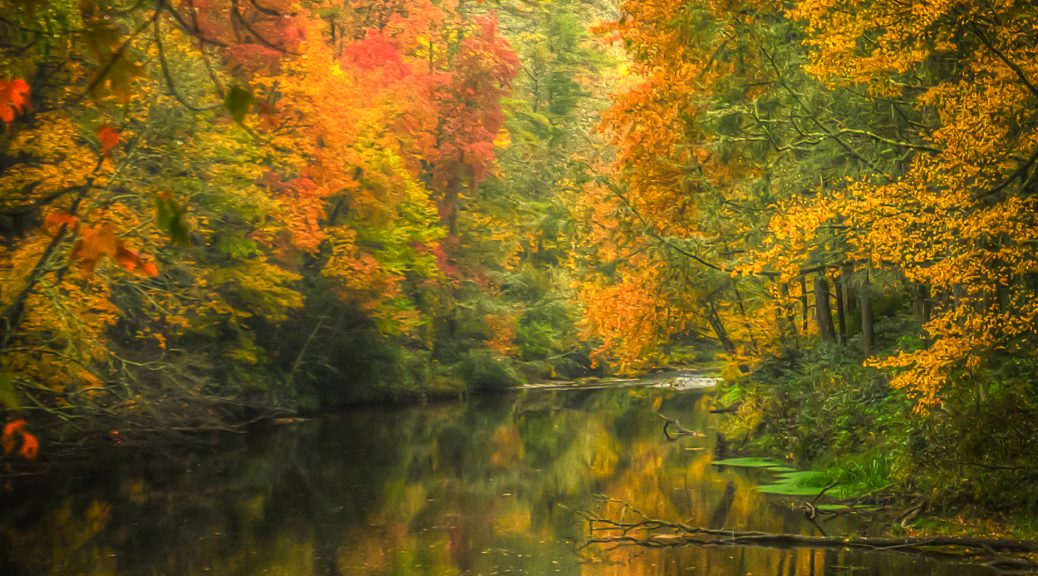 We took the back roads up to Boone, North Carolina. It was my parents and me. At this pit stop, I took a bit of a walk, perhaps further than I should have left them alone. But just far enough to find this bridge and this magical scene.