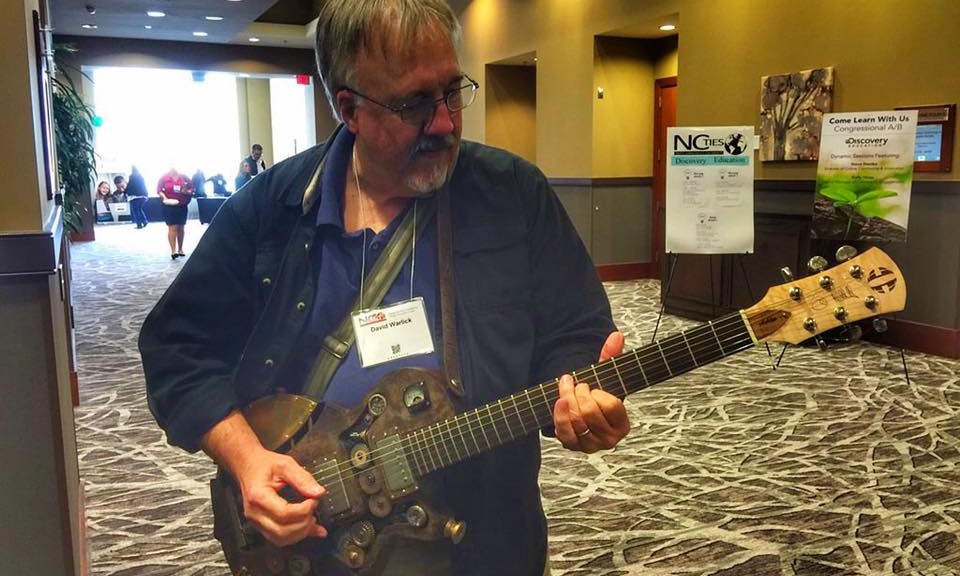 Even though I have never really mastered any instrument, music has always been important to me. I believe that the psyches of some people are very closely tied to tonal qualities, that certain kinds of music can deeply influence their thoughts and moods. I am certainly one of these people. A certain molody, beat, or cord progression can cause my emotional being to sore, or plumet.Recently, technology has developed to the point where we can make our own music without having to spend years mastering any musical instrument. This development has brought me back into music, giving me something to do while I travel here and there helping educators learn to modernize their classrooms. I hope that you enjoy some of the tunes below!

Background: My music study began with seven years of piano instruction with Mary Etta Crane, seven years that taught me almost nothing about music — no fault of Mrs. Crane’s. A couple of years later, after seeing a local band, the Shakers, I picked up the guitar and taught myself some cords and started playing a dozen or so folk songs.At about fifteen, a group of my friends started a band, Cherry Soul. Because there was already a guitar player, I found a Farfisa organ and working with my guitar, converted guitar chords into keyboard chords. Over the next few years I played with a number of bands with names like Moose, Society’s Orphans, Liberty Ark, and Four Guys & a Fifth. The later bands were made up of members of the original Shakers I’d seen many years earlier. We played from Richmond, Virginia to Atlanta, Georgia.

While in college, I went back to the acoustic guitar and began to write much of my own music and lyrics. During this time I played lots of coffee houses in lots of different places. The song, Daughter in the Back Seat, was written during those years.

Recently a number of musicians from my home town gathered to perform again for a number of occassions in that town. You can view some pictures of our rehersals and performances by going to the Reunion Band Web Site.

In 1989, I returned to music when I purchased a used (and slightly antique) Korg Polysix analog synthesizer. I also purchased a four-track recorder which enabled me to perform bits of songs and then record them on top of other bits, creating the effect of a band. I experimented with this process for a couple of years, but the old synth fell into disrepair, and I became draw to other interests.

Recently, however, I returned to music when I purchased a modern synthesizer with MIDI interface, meaning that I can connect it to my Mac and assemble music graphically. Shores of Lima and Forest Castle were composed and recorded recently using a MIDI synthesizer and Macintosh computer. Bird Race, June Ship, RiverMyst and Quantum Clarity were all composed more recently using only my Macintosh G4 Powerbook, free sequencing software and QuickTime’s music features. The remaining songs were composed and recorded a decade ago with the old Korg. Daughter in the Back Seat was actually written in the early ’70s, but was recorded in the early ’90s. I hope you enjoy them.

It is important to note that I do not consider myself a musician. I am a gadgeteer. I use the technology to assemble music that I like, and I hope to get better at it.