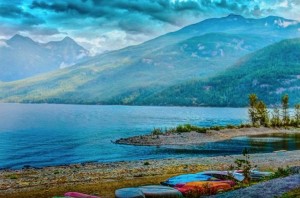 It was one of the best vacations that I’ve been on by my self. I had three days to drive around on the Selkirk loop in eastern British Columbia. I made a lot of stops and took lots of pictures, which I combined in a video that I produced a few weeks ago.

I like the music. Much of it was inspired by the cello music in the motion picture, Arrival. The music is called “On the Nature of Daylight.”